Don’t miss this year’s Bureau of Governmental Research (BGR) Annual Luncheon featuring bestselling author Michael Lewis. The luncheon will take place Thursday, November 7, 2019 at 12:00 p.m. at the New Orleans Marriott hotel, 555 Canal Street. Gordon Russell, Managing Editor of Investigations for The Times-Picayune | The New Orleans Advocate, will guide a conversation with Lewis through a series of interview questions on topics including his work, local insights and influences, and recent observations about current events. Tickets for A Conversation with Michael Lewis are now available for purchase at bgr.org/luncheon or (504) 525-4152 ext. 108. 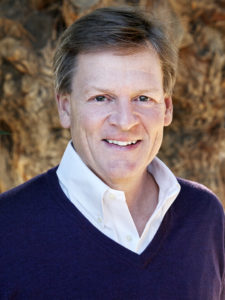 Author, columnist, commentator, and editor Michael Lewis has published many New York Times bestselling books, including The Fifth Risk, The Big Short, The Blind Side, Liar’s Poker, The Undoing Project and Moneyball. Both of his books about sports became movies, nominated for Academy Awards, as did his book about the 2008 financial crisis, The Big Short. His articles have appeared in Vanity Fair, The New York Times Magazine, The New Yorker and more. He has served as editor and columnist for the British weekly, The Spectator, and senior editor and campaign correspondent for The New Republic. He has filmed and narrated short pieces for ABC-TV’s Nightline; created and presented a four-part documentary on the social consequences of the Internet for the British Broadcasting Corporation; and recorded stories for the American public radio show, This American Life. Mr. Lewis grew up in New Orleans and remains interested in the city. He holds a bachelor’s degree in art history from Princeton University and a master’s degree in economics from the London School of Economics.

“BGR is excited to have Michael Lewis continue our tradition of presenting some of the country’s most respected thought leaders to headline our Annual Luncheon,” said BGR President and CEO Amy L. Glovinsky. “We look forward giving Mr. Lewis a hometown stage from which he can share his remarkable insights and experiences, and we are most fortunate that Gordon Russell is going to spark this conversation.”

Read the full press release here. To purchase a table or tickets, visit bgr.org/luncheon or contact Marci Schramm at 504-525-4152, ext. 108, or email mschramm@bgr.org. Event seating is limited and will be allocated on a first-purchased basis. Proceeds from the event will support BGR’s core activities, which include local government monitoring, policy analysis, publication of reports and post-publication implementation work.